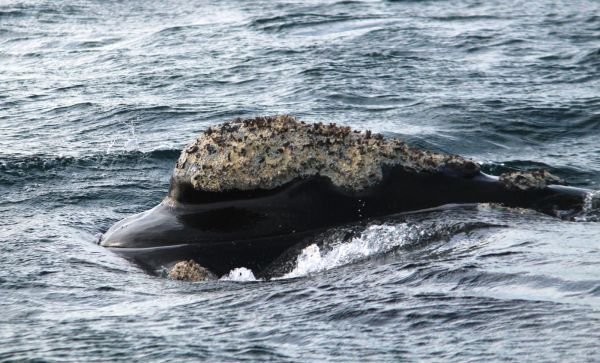 Ahead of the Uruguay Natural Energy X Prix in Punta del Este (26-27 November), Extreme E has partnered with the Organisation for Cetacean Conservation (OCC) as part of its Legacy Programme in the region.

The OCC is a marine based NGO carrying out marine conservation, environmental education and awareness, responsible marine tourism and sustainable fishing. They aim to protect Uruguay’s marine ecosystems and it’s coastal communities, including the Punta del Este coastline.

Thanks to the efforts of the OCC, in 2013 the jurisdictional waters of Uruguay were declared a cetacean sanctuary for the many vulnerable and endangered species.

Extreme E are partnering with the OCC on a locally driven ocean education project, with both organisations striving to catalyse change in policy, governance and human behaviour that is both transformative and Earth-centered.

Marcelo Sivack, OCC Board President, said: “It’s been 25 years of work around conservation for us. It began mainly with whales, that visit us from July to October, and dolphins. However, the work of the organisation grew and we widened our field to consider all the biodiversity in the ocean. Whales and dolphins are still our flagship species, but biodiversity is really a circle. All is connected so all is included in our work.

“Extreme E decided to join us in this work, taking care of the whales and the surrounding environment. This partnership is just the beginning, and it seems to have a very good future. We are going to work together in education, to improve our programme, and in investigation. The Legacy Programme has very good scientists to combine with our local knowledge and we are excited to move forward with this.”

Uruguay faces great challenges in the face of climate change due to its dependence on agriculture and low laying coastal land that can be affected by sea level change. While the country is highly vulnerable, so too are its oceans, which are home to a rich range of ecosystems.

Cetacea is an infraorder of aquatic mammals that includes whales, dolphins, and porpoises, all of which are essential to the biodiversity of Uruguayan waters.

Uruguay’s coastline on the Rio de la Plata and the Atlantic Ocean is approximately 714km long, and the country is in the process of extending the protected marine environment.

The OCC is committed to the protection of at least 26 species of cetaceans, which are resident or migratory species in Uruguay’s territorial waters including many dolphin and whale species.

Uruguay is the home to the 2nd largest sea lion colony, found near Isla de Lobos, while whales contribute significantly to the overall health of the marine environment.

Whales play a significant role in capturing carbon from the atmosphere; each great whale sequesters an estimated 33 tons of CO2 on average, thus playing their part in the fight against climate change.

Since 2017, the OCC’s Oceanosanos campaign continues to raise awareness and citizen interest around the importance of marine biodiversity for food subsistence both at national and global levels.

Extreme E will work with the OCC to help continue their efforts with their school education and itinerant exhibitions – driving the importance of marine life. One focus will be on improving the OCC’s whale photo-ID catalogue, while organising and processing existing material and generating new content. These ID catalogues are integral in helping track and monitor whale data in Uruguayan waters.

Marcelo Sivack added: “Extreme E is popular and has a lot of resources which means it is shown in many houses all over the world. Every message sent by this network is very important. For us, that’s sending the message to take care of our coasts and it will be spread using this media which we are very excited about.

“Sports are one human activity, and the idea is that every activity must be related to the environment. We are in the environment; it can’t be separated. So, it’s great to see that Extreme E is thinking in this way and producing sport in line with conservation.”

You can catch the Extreme E Season 2 finale in Punta del Este, Uruguay, on 26-27 November.
To learn more about Extreme E, visit – www.Extreme-E.com